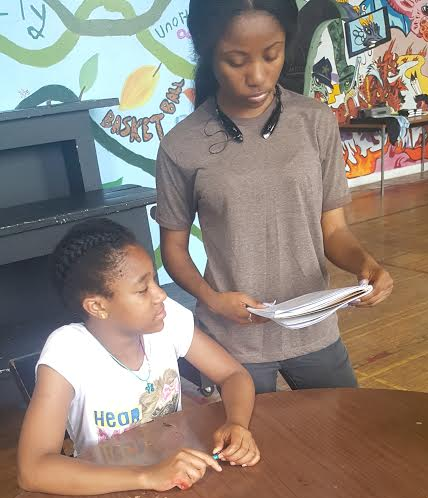 I began working at the Brooklyn College Art Lab around the end of March/beginning of April, year 2017. My position was a junior teaching artist/assistant to Isabel, the boss. BCCP is an afterschool program at Brooklyn College for students in sixth grade through eighth grade. They come to Brooklyn College after school and participate in different activities offered, such as the maker lab, which is where they learn how to photoshop, and curve images for the 3D laser printer,etc.  Curve is a tool used to trace the image you want to print. Art, where they make different things, and paint, it gives them freedom of expression to be themselves. Movement also known as gym, is where they can play different sports such as basketball, volleyball, badminton, etc. The music room is personally my favorite, it is an official place where students can learn how to sample music, and create their own music. The students are assigned roles such as engineer and producer, and if you’re confident enough you can be the artist. They also have breaking, the name may be intimidating and not be something anyone would want to do, but it’s just learning how to properly break dance, and of course they provide safety mats to reduce injury. Lastly they have recently added SAFA, which is like the music room, but instead you make beats on the ipad’s verses in a full studio. 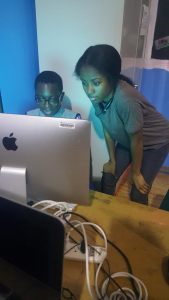 On the first day, I was assigned different tasks, for starters I had  “snack duty”, this task is pretty basic, I had to count out between 20-30 different snacks and fruits, and place a sign in sheet nearby, that way the students would be able to receive snacks and they all would be accounted for. Although high schoolers are obnoxious and loud, this environment was different. The students were rude in a childish sorta way.  Mainly the boys would treat me as if I were one of them, when I was some sort of authority. I thought prior to starting the job that it would be extremely difficult due to the fact that middle schoolers are a handful of energy and rebellion.

This internship was challenging, because I am quick to react to 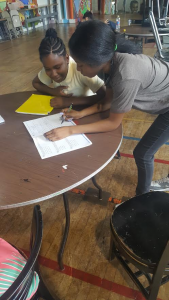 everything, especially disrespect. I had to learn how to control myself by somewhat understanding that these kids are immature. They act like this on a regular basis, and that I should not let their behavior get the best of me. After a few weeks of interacting with students, I began to remember names and they actually started to like me to a certain extent. They began taking me seriously and treating me like what I was, an intern.

I’m grateful that I had this internship, it not only gave me patience and increased my social skills and mentoring skills, I also learned how to photoshop (on an extremely basic level), and curve to laser cut. Looking back on it all, I don’t think I would change anything. Actually yes I would, all students at the program need to be responsible for their actions. Repeatedly I was told “Alexis, they’re in 8th grade, what do you expect?”, whenever I complained about how annoying they were, or how rudely they behaved. As if them being in middle school gives them the right to act any way they want, knowing how they should act because they are old enough to  understand right from wrong.

Ultimately, I enjoyed my time here at BCAL, and I wish all the students (incoming and outgoing), and all the staff involved the very best, and although I’ll be attending a different school, I may stop by from time to time to say hello.